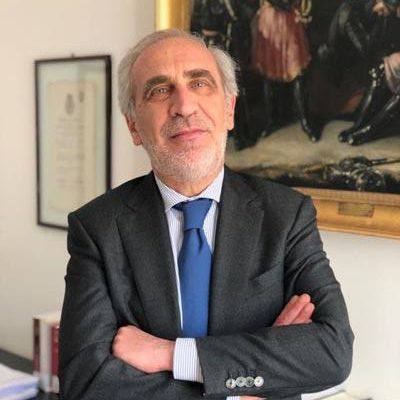 Michele Di Fiore was born in Naples in 1958. He graduated in Law cum laude at Federico II University, Naples with a thesis on “Science of the Finance and Financial Law”. He attended a master course at the IPSOA Institute, where specialising in Tax Law and Practice, Audit and Corporate Law. Until 2001 he worked on the title, “Subject Expert for the teaching of Tax Law”, researching and teaching at the Department of the Tax Law at the law school of the University of Salerno. He attended and obtained two PhDs in “Tax Law of Companies” held at the University of Naples. He is registered with the Bar of Naples since 18.12.90. Between 1993-1995, he attended the Specialization Course in “Commercial Law” a the University of Naples. He has the title of “Official Auditor” and is enrolled at the special register in the Ministry of Justice since 1995. On 25.3.199 he enrolled at the Roll of Barristers of the Supreme Court. He held the position of Secretary of the National (Tax) Union and afterwards, he held the position of Deputy Vice President of the National Union of Chambers of Lawyers Tax. He has spoken at various conferences on topics of tax law and business law and has also published several articles in scientific journals on issues of tax law and business law. He was appointed Professor of Financial law and Professor of International Tax Law at the University of Naples “Federico II” – Faculty of Law. Since 2011 he is the Director of the School of Higher Education and Specialization for tax law with offices in Milan, Rome and Naples. He is a member of the Committee’s study on tax law set by the Council of the Bar of Naples. He is a member of the Executive Council of the National Union of Chambers of Lawyers Tax Consultants. In 2014 he was appointed Adjunct Professor of Tax Law as part of the master “Advocacy tax” established by the University degli Studi di Salerno.