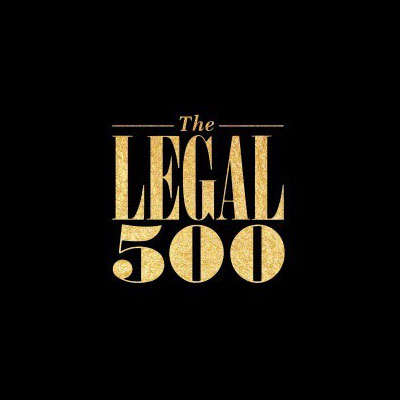 1. The background – The complex economic scenario resulting from the 2008 global crisis has affected, in different ways, areas of business conduct that had previously been largely immune from uncertainty, inability or unwillingness of the parties involved to maintain and perform the actions required of them in order to properly implement their intentions and commitments.
While it is well known that areas of business exist where arrangements and agreements, whether binding or not, are consistently subject to review, withdrawals, disputes and nonperformance, such situations have tended to be rather unusual in connection with the acquisition and disposal of interests in corporations, where the relevance and seriousness of such transactions and of the associated costs normally ensure a reasonably high degree of reliability in the relevant process.
Of course, there have always been transactions that are envisaged, structured or even initiated but ultimately cannot be finalized. And certainly, the increased average complexity of deals that are generated during a problematic economic cycle is a factor in pushing upwards the ratio of failed transaction. However, it is fair to say that the significant widespread impact of the 2008 crisis and the genuine difficulty of foreseeing its effects on specific corporations or entire business sectors or industries, have resulted in a degree of uncertainty and friction previously unknown.
This article does not intend to discuss specifically any case of non-performance connected to (even though not necessarily caused by) the 2008 crisis, but rather to generally review and consider the most common and effective ways for parties to protect their interests and focuses on specific instruments provided in certain legal systems that appear well suited to such purpose.

2. How to increase performance reliability – Deteriorated financial conditions may be the base reason for non-completion of an acquisition by a party. Such deterioration, actual or expected, may affect the ability of the purchaser to meet its financial obligations or may concern the target, possibly to an extent that determines a change in the intention of the prospective purchaser to complete the transaction. irrespective of any review of the price. Beyond such considerations, there are a variety of reasons and grounds which may constitute the basis for a change by one (or more) of the parties involved to finalize the deal, including obviously a disagreement regarding the relevant terms and conditions.
Each party engaged in negotiations, however, often wishes to ensure that the other party or parties are genuinely committed to apply their best endeavors to reach an agreement. We know that there is a fairly limited possibility, in practical terms, for one party to enforce the assumed obligation of the other participants to act on the basis of good faith to finalize and execute a share purchase (or similar) agreement. Different jurisdictions take different approaches, both in terms of their legal principles and in the way such principles are applied by the competent courts to concepts such as good faith in negotiations and pre-contract liability.
Break-up fees – i.e. an amount to be paid to the other party by the party willing to withdraw from negotiations – are broadly recognized as acceptable, as a measure to restore to the nonwithdrawing party the costs borne in the process, and would need to be made clearly binding in a specific agreement between the parties. Still, it is not obvious to find a distinction between a legitimate withdrawal from negotiations and a situation in which a withdrawal would result in an obligation to pay break-up fees and the search for objective elements as the basis for the application of such remedy may be complicated. Further treating break-up fees agreements as mere cost sharing arrangements rather than as penalties (which several jurisdictions subject to judicial screening) may not be an obvious conclusion. Of course, the mere existence of a breakup fees binding arrangement is likely to represent at least a disincentive to start negotiations without a genuine purpose and therefore afford a degree of “security” regarding the reliability (at least initially) of the parties’ intentions.

3. Tools to strengthen delayed performance obligations – More relevant however, for the purpose of this article, are situations where the parties have concluded an acquisition by executing a share purchase agreement and each of them wish to ensure that the other will properly and timely perform its obligations. Clearly this is particularly important in those situations, which constitute however the normal circumstances in the largest majority of transactions, when the parties’ fundamental obligations (i.e. payment of price and delivery of shares) are not to be performed immediately and simultaneously but rather are scheduled to be performed at different times.
Modalities of payment of the acquisition price which offer to the purchaser the possibility to delay payment in full or in part (e.g. a payment in installments) clearly represent a risk for the seller, which accepts exposure to a potential total or partial non-performance for a certain period of time. Such arrangements normally offer at the same time opportunities for the seller to offset the connected risk. Obviously, explicit or implied contractual terms, such as a reservation of title, combined with a requirement that shares are delivered only upon payment by the purchaser having been made in full, provide some protection for a seller against the risk of failure to pay.
Other common arrangements are based on the request by the seller for some form of guarantees to secure payment of the price by the purchaser. Typically, bank guarantees are used to this end, although the connected costs and the financial institutions’ requirements may restrict the willingness and the ability of the parties to resort to such instruments.
It is to be noted that in acquisitions the object of the transaction is (with rare exceptions) the relevant shareholding as a whole; i.e. whatever the percentage of share capital or number of shares that are the object of the deal, such percentage or number is treated as one single inseparable object. As much as this may appear obvious it is important to keep in mind that while money constituting payment for such one inseparable shareholding may be fractioned over time, the shareholding such money is directed to acquire will not be split and will be transferred in its entirety at one time. An effect of this is that, in the event that the seller has acquired appropriate protection through one or more of the methods mentioned above, a fractioned payment would end up as a risk for the purchaser who may find itself in the position of having paid to the seller over time a (possibly significant) portion of the acquisition price, not only prior to having acquired the target shareholding, but also without having acquired any proportional entitlement to any asset, in particular to any of the shares of the target.

5. Similar tools in other jurisdictions – It would be interesting to explore how other jurisdictions approach instruments similar to the caparra confirmatoria. That would, however, be a fairly complex exercise as the shape that the same broad concept of the caparra has taken in different systems may differ substantially. As an example, Swiss law accepts, at least in a number of areas, that the caparra may be additional, and not only alternative, to damages. Austrian law (and, to a somewhat lesser extent, Swiss law) also recognizes that the amount of the caparra confirmatoria may be equitably reduced.
While the legal effects and implications of the “arrhes” in French law appear to rely primarily on the specific contract wording rather than on established general principles. In summary then, the legal framework provided by Italian law appears to offer an effective and reliable instrument to deal with the sellers’ exposure to the risk of incomplete payment by the purchaser, in particular in situations when an advanced partial payment occurring at closing may be qualified by the parties as a caparra confirmatoria. It also does not prejudice the position of the purchasers, that in fact would be afforded the same degree of protection, and would be able to count on the simplicity of the caparra system (perhaps also relying on an escrow arrangements with respect to the advanced payment) in case of a breach by the seller.
And, ultimately, mindful of the principle of freedom of contract, Italian law devolves to the negotiations between the parties (with only exceptional limitations) the definition of the obligations protected by the caparra and the significance in economic terms that the parties intend to the compliance to or breach of those obligations, making the caparra confirmatoria a helpful instrument to protect the rights of the parties in an acquisition agreement.

You can reach the content to the following link: https://www.legal500.com/guides/hot-topic/guarantee-of-performance-in-the-acquisiTIon-of-company-shares/